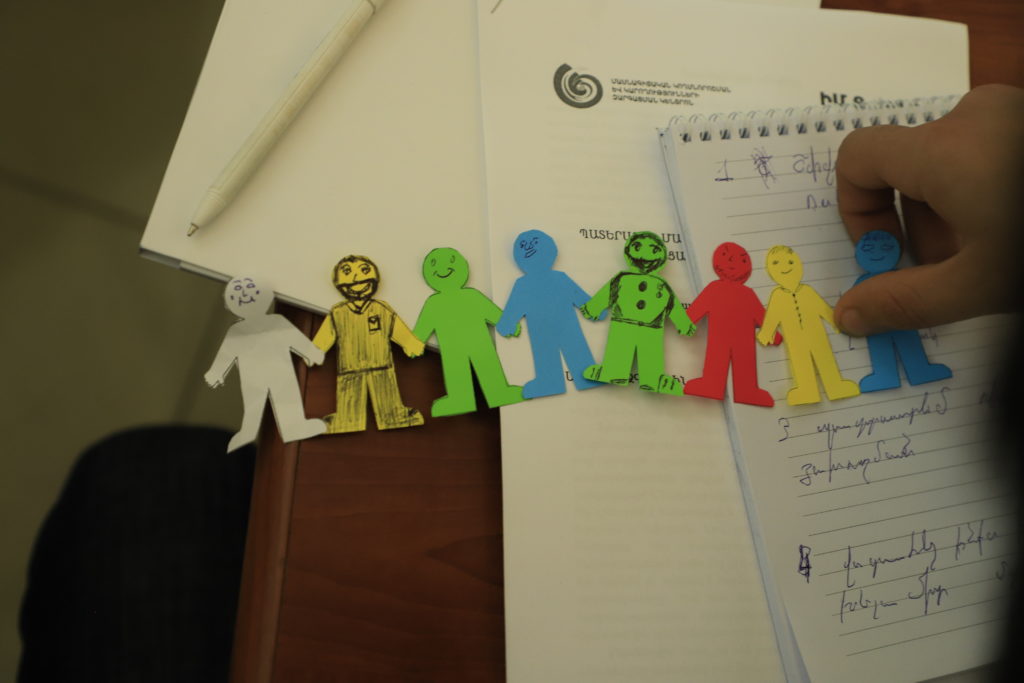 From May 18 to 22, a professional orientation camping event took place in the city of Dilijan through the program that the My Step Foundation is implementing for the purpose of identify the professional potential of soldiers who became disabled after the 44-day war. The aim of the courses for the participants was to help them decide which sector they would like to work in and draw up a personal development plan for every participant.

A multi-professional team (program team, career consultant, psychologist) and trainers worked with the participants during the camping event.

The meeting and discussions with employers, state bodies and non-governmental organizations helped raise the level of awareness of the boys about employment programs, as well as sector-specific developments in general. The discussions also helped them in terms of professional orientation. And finally, some participants directly contacted employers and reached clear-cut agreements.

At the end, personal development plans were drawn up for all the participants, who clearly decided what they would like to be involved in, accordingly.