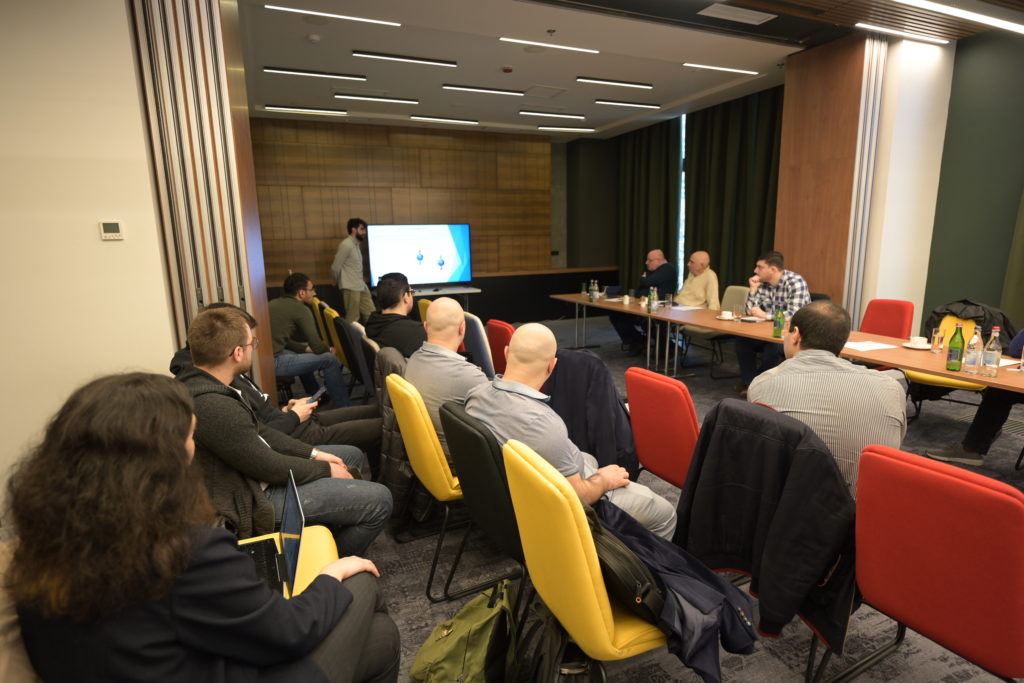 Within the framework of the “Quanta” Master’s Degree Program in Quantum and Mesoscopic physics, a scientific conference was held on April 3-5 at the Holiday Inn Hotel. 46 participants from Yerevan State University, Russian- Armenian University and National Polytechnic University of Armenia attended the conference. Among the participants there were graduates, and also third, fourth year students. The majority of students and graduates made reports.

During the conference, students reported on their current researches in the spheres of atomic and quantum physics, informatics, optics and electronics.

The conference participants made scientific review reports. The topics were dedicated to the theoretical research in ferromagnetic and antiferromagnetic phenomena in the Heisenberg spin model, theoretical study of exciton states and optical absorption in conical quantum dots, DNA-nanotubes interactions, the use of nanotechnology in the military industry, quantum computers, their probable applications and current development trends, the usage of quantum cryptography methods, as well as the application of quantum computers in the banking system.

The juries of the conference were Hayk Sargsyan, the Scientific Director of the “Quanta” Master’s Degree Program in Quantum and Mesoscopic Physics, Gevorg Meliksetyan, the Head of the “Quanta” Master’s Degree Program, Aram Papoyan, the Director of the Institute for Physical Research of NAS RA and Yevgeni Mamasakhlisov, the Head of the Department of Materials Science of the Russian-Armenian University.